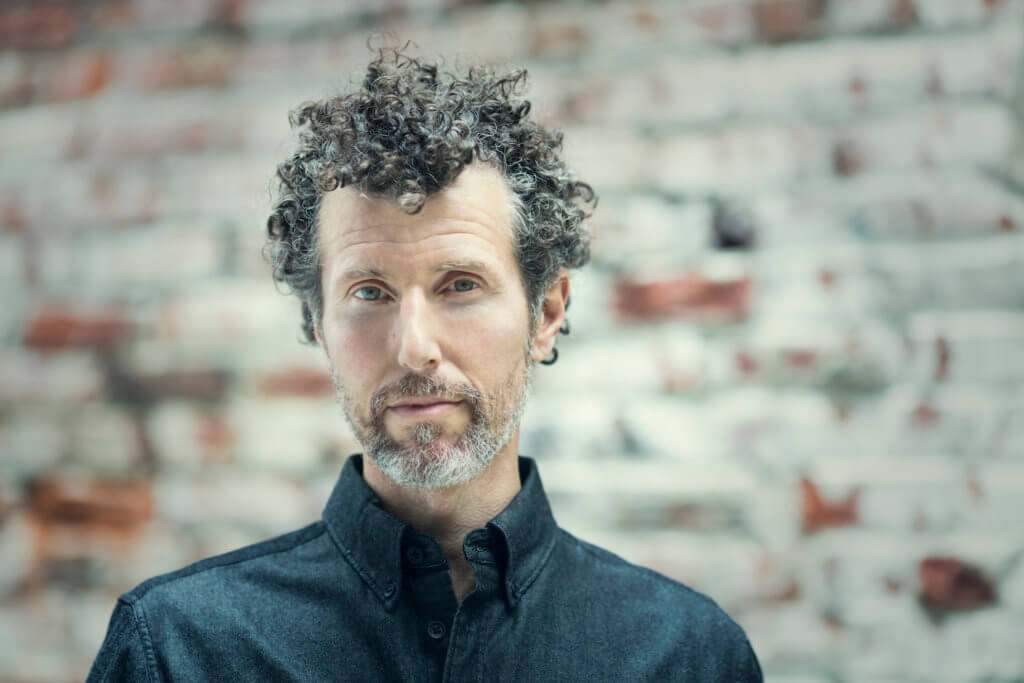 One of the best features for aspiring music professionals at Winter Music Conference 2020 will be the mentor sessions. They will give badge holders the ability to talk to DJs, publicists, tech professionals, streaming executives and more for genuine interaction in a classy, personal setting. Pro Badge holders will be able to get meaningful insights that can advance their career from some of the best in the business. We are running a series of interviews with each of our mentors as we prep for the sunshine in March. We have already talked to Jonas Tempel, Lara Kelley, Sydney Blu, Stephanie LaFera, Alexandra Greenberg,  Kozmoe Alonzo, Peter Wohelski, Morgan Page, David Waxman, Barbara Tucker & Andrew Marcogliese. Now we continue our interviews with DJ, producer and label owner Josh Wink.

When you’re as iconic a figure as Josh Wink, it’s not so easy to sum up a career in a few words—but there are a couple of terms that might serve to get a handle on the seminal electronic music producer’s lifework. One of the most apt, certainly, would be longevity. A brief scan of Wink’s mammoth résumé reveals the following: Early-’80s as an underage mobile DJ; a major role in fostering his native Philadelphia’s burgeoning warehouse scene during the house-music explosion later that decade; (name-making,) international underground and chart-topping club hits like “Don’t Laugh,” “Higher State of Consciousness” and “I’m Ready”; a label, Ovum Recordings, and his current position, after all these years, as one of the scene’s most vibrant, risk taking, creative DJs and producers (witness the critical success of his 2009 long-player When A Banana Was Just A Banana).

Another word one could use to encapsulate Wink’s oeuvre is versatility. From the twisting ground-breaking, acidic breakbeat of the afore-mentioned “Higher States” to the organ-groove deepness of 2008’s “Stay Out All Night,” and from the pulsating ambience of 1996’s “Horizontal Dancing” to the cult techno of “Meditation Will Manifest” (which got a re-release in 2016 on R&S 22 years after its debut), 2000’s sensational “How’s Your Evening So Far” and his most recent anthemic big room releases “Talking To You,” “Denial,” “Shoelaces” (on Boys Noize Records) and the musical political statement of 2017’s “Resist.”

Receiving inspiration from all musical styles, Wink also experiments with drum ‘n’ bass, hip-hop (Wink was a regular at West Philly DJ battles as a teenager), and varied genre rhythms. His remix discography over 25 years includes seminal artists such as Radiohead, Moby, Sting, Depeche Mode, Radioslave and Dave Clarke, to name a few.

Wink also runs his own label, Ovum Recordings, which recently celebrated its 25th year of existence. One of the most essential dance-music imprints, Ovum has released such varied music including some of the first releases of Loco Dice “‘Menina Brasileira”), KINK (‘Rachel EP’) and Davide Squillace (“Muteki”) EP as well as releases from DJ Dozia, David Alvarado, Steve Bug, Loco Dice, Levon Vincent, Chymera, Shlomi Aber, Sylk130, D’Julz, Harry Romero, Technasia, Tom Middleton, Ian Pooley & Spencer Parker and many more. As with Wink’s own material, releases on Ovum are timeless music pieces; not defined by trends.

Which brings us to our final term: integrity. It’s a trait that Wink possesses by the crateful, one that’s carried him through the vagaries of dance music’s endless cycles. Some who hit big when Wink did are content to live off past successes; others chase trends in an effort to stay relevant. But Wink has always been happy—determined to do his own thing and follow his own path—if the music sells and the gigs keep coming, that’s great, but that’s not why he’s still in the game.

Winter Music Conference will return to The Faena Forum in Miami Beach on March 16-19 to celebrate 35 years. Josh Wink will be one of the mentors during WMC.

Read out on for our interview with Josh Wink below.

Yes, the guy who got me involved in music. I was 13 at a summer camp… He was junior councilor. He played a trick on me and then we became friends. He was the Radio DJ of the camp. I hung out with him and got hooked and wanted to be a radio DJ. He also had a mobile DJ company, which I became an apprentice… If it weren’t for him, I wouldn’t be answering these questions.

Wouldn’t say I’ve mentored, but I’ve guided, advised and inspired lots of people in my life.

Lots of blurry memories of the early years in the early and mid 90’s. Great memories of networking, hanging, socializing by the pool. I am fortunate to have a couple songs that helped boost my career over the years in Miami, especially “How’s Your Evening So Far.”

Follow your heart, and want what you truly desire, as it’s a hard working, competitive and “labor of love” journey. The popularity of electronic music has changed the most. People wanting to be a part of it in someway has sky rocketed, internet and technology has influenced both positively and negatively in our industry.

The moment I wanted to be a radio DJ at 13 was my aha moment. I always simply wanted to do what I wanted to do, which was creating music as a DJ, producer and artist. The mid 90’s was a magical time for me and the industry…