Michael Tullberg: Creating Art in Real Time on the Dancefloor 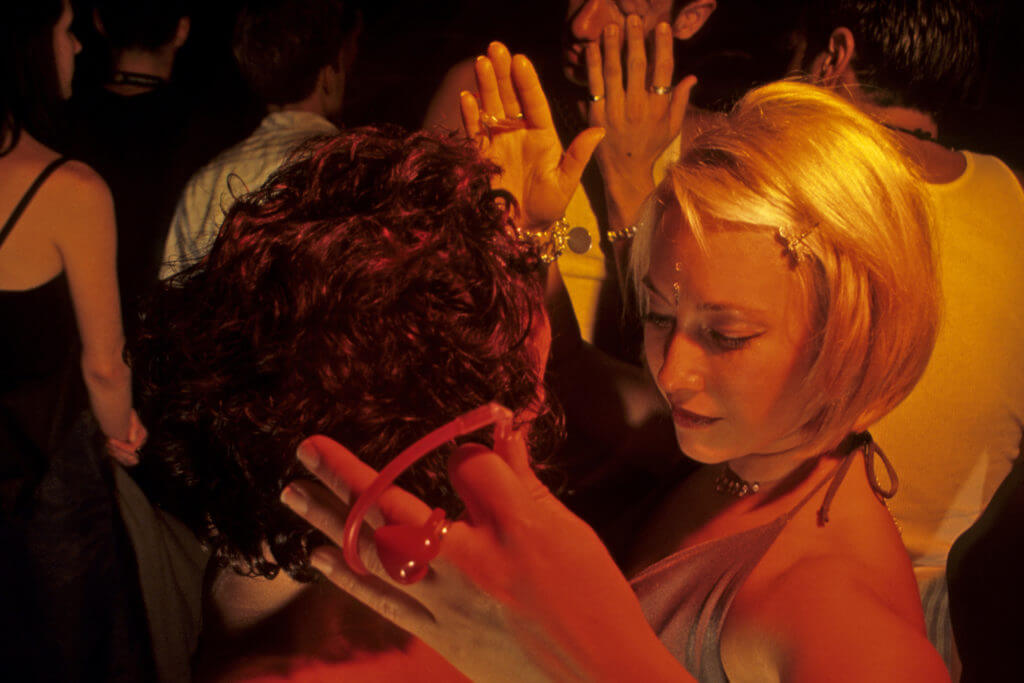 I love to shoot dancers because dance is one of the oldest and most primal forms of self-expression. And when someone is completely immersed in that state where movement and rhythm are no longer a matter of conscious thought, that is when pure creativity comes out. Those little moments are what I try to capture. I find them intensely beautiful and raw, and sometimes strange, and most of the time, wonderful. There’s an air of serenity by seeing someone who’s been elevated to that cloud. It’s very liberating and beautiful. 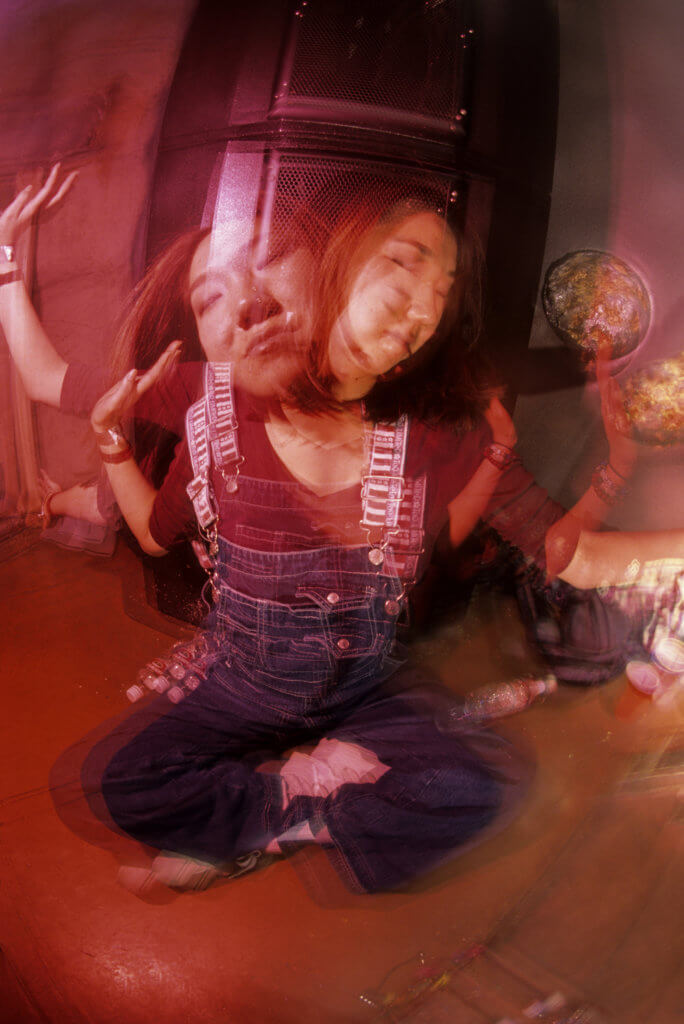 Club culture and the rave scene can be all consuming in that way. For a world focused on technology, it’s the human element that brings our scene together. Driven by imagination, it’s about self discovery and living in the moment—capturing the best of life. You can be anything or anyone you want.

Meet Michael Tullberg, one of the longest-running electronic music journalists in the country. Documenting dance music’s way of life from behind a lens and with a pen, Tullberg’s images and words can be found inside the pages of many dance music magazines of the day. “I covered a wide range of scenes, from mainstream to upscale Beverly Hills clubs, Gothic, industrial, I even shot a swinger’s Halloween ball once,” Tullberg shares about his start in nightlife within the Hollywood club scene beginning in 1994. Gradutaing to the rave scene in 1996, Tullberg was fortunate enough to be at the center of West Coast raving in Los Angeles at a time when the music stormed across America and changed the pop culture landscape. “You could feel the musical and the cultural significance,” he shares about his motivation to document what he was experiencing. “The creativity and imagination behind these LA parties were fantastic, particularly taking into account how low-budget they often were—I had to start covering it.”

Tullberg’s images come across as a mix of documentary style rave photography and fine art. “Fine art” may sound pretentious, yes, but as Tullberg says, “I was determined to make art that was as great as the art I was experiencing on the dancefloor. And to do it instantly, right there as the moment was happening.” Blown away by what he was experiencing in the rave scene during its second resugance, underground events were happening at a wide variety of locations. “We had parties in the desert, in the mountains, on the beach, in mansions; any place you could stick a sound system away from prying eyes.” LA was amazing that way, “We were so spoiled.”

In addition to the time spent documenting our lives on the dancefloor and from behind the DJ booth, Tullberg’s images have been used on album covers for Carl Cox, DJ Dan and Ferry Corsten, he’s written and published two books about the rave scene, Dancefloor Thunderstorm and The Raver Stories Project and has shot for many brands and bands. These days his personal and professional life straddle both the underground and the commerical specturm of media and music. One night photographing celebrities on the red carpet as part of Getty’s Academy Awards photo team, the next photographing Diana Ross onstage or shooting from inside a DTLA warehouse party. “I’ve been able to live this double life and it has been a pretty amazing adventure.”

We caught up with Tullberg to talk his journey through the chaotic and constantly changing world of dance music.

What sort of things catch your eye in the world?
Things that are different and unusual. I’ve almost never been interested in following trends; I’ve always been the guy who’s looking for the next big thing. This isn’t simply for the sake of being different—there has to be substance behind the flash.

Always an outsider?
I remember when American comic book stores started to carry manga in the early ‘80s. Telling my friends about these crazy Japanese comics, the giant robots, naked women, exploding heads and stuff. They didn’t get it. The same thing happened when I discovered the rave scene in the mid-‘90s; my mainstream friends didn’t get it back then. They do now.

What was your first impression of the music and scene?
I actually discovered dance music twice. The first time was in ‘89 at a club called Venus in Boston. I was in college between my junior and senior years. Boston is a very meat-and-potatoes, basic rock & roll kind of town. Venus opened and I decided to see what the deal was… Intrigued by the unfamiliar music I was hearing, which was early house music, but of course dumb suburban me had no idea what house music was at that point. But, I was hypnotized and I ended up going there a few times over that summer. Unfortunately, most of my rock & roll friends would not have understood a place like Venus so rather than be ridiculed, I kept it to myself.

The second time, when I really discovered electronic music, was in the LA clubbing and rave scene in 95/96. The resurging scene was making its big comeback after about two years of being forced underground by a big police and media crackdown. 1996 was the beginning of the second wave in America when electronic music exploded across the country with Southern California at its core. I’d never been to a rave, but I knew of their existence thanks to magazines at the time. There was also that horrendous episode of Beverly Hills: 90210 where Jason Priestly, Shannen Doherty went to a warehouse party. I was curious, and in the spring of ‘96, I began venturing out. That was my real beginning in the world of electronic music.

What is it about shooting this world, inside clubs and at festivals that speaks to you?
When everything is clicking the right way, there is a tremendous amount of energy transmitted between artists and fan. This isn’t hippie-era nonsense, either—I have seen it happen, many times. I could see it in the very early days of my involvement. That’s a critical difference between an electronic music show and a traditional pop, rock or hip-hop show, where in the case of the latter three, those energies are mostly transmitted one way—from the artist to a mostly passive audience. The electronic music world has much more interplay between the artist and audience. There was very little separation between the DJ and dancefloor early on. This is one reason why I enjoy shooting undergrounds. Festivals are filled with flash and splendor, which are great, but underground parties are still the heartbeat of the rave scene. You don’t need 100,000 people to understand what it’s all about. 100 very often does just fine.

When did you first learn about WMC and all the parties happening in Miami?
1997, once I established myself in the LA scene as a photojournalist. I’d hear stories of these epic parties that were going on down there, but I first attended in 1999 and have been to WMC six more times since.

What memories do you have?
I always liked the fact that the parties in South Beach were in close proximity to each other, walking from gig to gig. You definitely had to learn to pace yourself. It was actually pretty good training for covering festivals, now that I think about it, since festivals and WMC are definitely both marathons. I think one of the most important things I’ve taken away is the mingling with fellow electronic music fans and artists from around the globe. It forces a wider perspective about the music and the scene on you, reminding you of the scope of this culture beyond your own personal experience or geographical location. Ironically, it also strengthens the bonds between yourself and your friends in a “road trip” sort of way. It was great that you were able to do all of this poolside at the Fountainebleu or the Radisson in the late ‘90s, when the big-name DJs would still be hanging out. They could do that back then, but I imagine they’d be mobbed today.

Any particular events standout?
To be honest, much of my early memories of WMC are a blur. There was a good reason for this, I was shooting for several dance music mags at the same time—URB, Mixer, Insider—and they were paying my expenses while I was down there. Consequently, I was being shuttled from party to party to party, getting as much coverage as I could under deadline. When you go to so many gigs in a row like that, year after year, it all begins to run together.

Standouts were the URB magazine boat parties—those were a lot of fun. They always had great DJs. Daft Punk at Crobar in ‘99 was fantastic. The first edition of Ultra on South Beach was a great time. Carl Cox at Nikki Beach, so many.