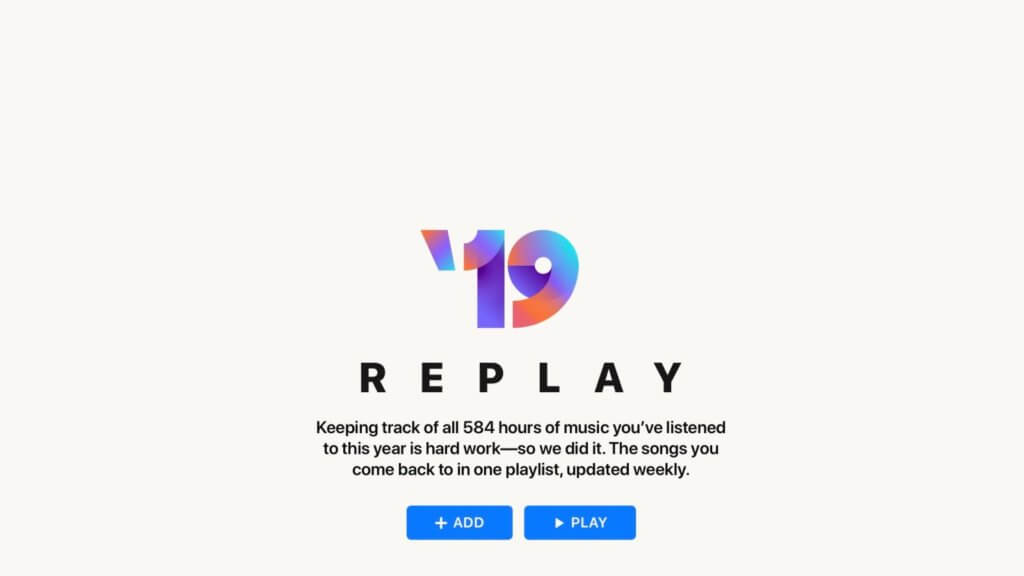 Apple Music has launched a new feature titled Replay that will allow users to see the music they played the most over the entire year. The concept is similar to Spotify Wrapped that gets a lot of buzz and press, but they plan on having it so you can check the data whenever you want.

Apple Music Replay will recap for users their favorite albums, artists and songs from the year. The feature will let listeners create a playlist of their favorite songs and share it online.

This won’t just be for this year or one single year. The music streaming service will allow users to go back to the previous years that they were signed up to Apple Music (all the way to the streaming service’s genesis in 2016) and create playlists from each year.

In addition to the look back over the past several years, Apple Music says it will be rolling this out in 2020 as an ongoing feature. Users will be able to see their favorite songs, artists and albums over the year. The feature will be updated every Sunday, so users will be able to see how their music tastes have evolved over the course of an entire year, week-by-week.

Users can go to the dedicated website for this replay.music.apple.com to “get your replay on.” We will see if Spotify follows suit with their Wrapped campaigns.