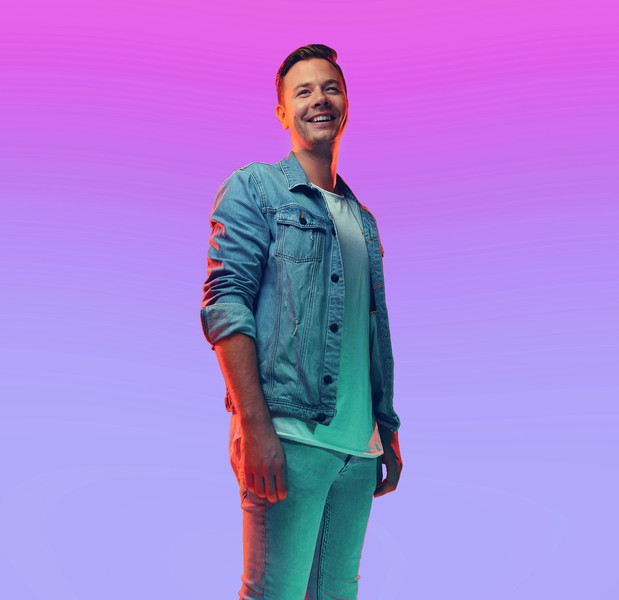 ‘Uplifting’ is without a doubt the word that best describes Dutch DJ, producer, platinum selling artist and sustainability pioneer, Sam Feldt. Having built a career upon his distinctly feel-good sound, Sam already has a double album and a multitude of top-selling releases under his belt. Besides his musical activities he has developed a platform – Fangage – for artists to connect with their fans better. His next project is to spearhead a movement that will help influencers adopt a more sustainable lifestyle, giving back to the planet to reduce and compensate their own environmental impact and encouraging others to do the same. Both in music and life, Sam has his sights set firmly on the future.

The story of Sam Feldt begins at a very young age, some twenty years ago. His father being a musician and his mother an avid festival-goer, barely a minute of Sam’s early life went by without music in the background. Whether it was his dad singing and writing songs or the latest records being played, Sam was amply inspired, and he soon signed up for music lessons. The youngster was more interested in creating his own tunes than playing the songs the curriculum prescribed, however, and before long, Sam’s keyboards teacher was showing him the basics of production. Just a hobby during his early teens, his production efforts turned serious after a half-year- long internship on the Caribbean island of Curaçao introduced him to the tropical house sound. After adopting the ‘Feldt’ moniker, Sam was signed to Spinnin’ Records and burst onto the international scene.

Having made waves with a number of popular singles – most notably, his remake of Robin S’ Show Me Love and his collaboration with fellow Dutchmen Lucas & Steve, Summer On You (ft. Wulf) – Sam Feldt released his debut album in 2017, when he was 24 years old. Called Sunrise to Sunset, this conceptual record boasts 24 tracks, one for each hour of the day. With this thoroughly engineered musical statement, Feldt demonstrates his ability to accompany the listener from their first cup of coffee in the morning to their last moves on the dance floor at night. Full of instrumental sections as well as diverse vocal contributions ranging from R&B star AKON to folk singer-songwriter Joshua Radin, the album is a showcase of the breadth of Feldt’s musical ability. A few months after its release, Sunrise to Sunset was followed up by a remix album, After the Sunset, which bolstered the original with remixes by Zonderling, de Hofnar, Breathe Carolina, and many others.

The Sunset albums have cemented his sound and his status as a highly capable producer, but Sam is not about to rest on his laurels. 2018 has seen several new singles come out, including Down for Anything (ft. KARRA), Just to Feel Alive (ft. JRM) [Remix], and a collaboration with famous Hollywood actor Jeremy Renner on vocals, called Heaven (Don’t Have a Name). In the meantime, Sam has been taking his live performance to entirely new levels.

Characterized by heavy use of vocals and live instruments, Sam Feldt’s music is warm and intimate, and lends itself especially well to true live performance. Accordingly, some of the musicians from Sam’s studio are now joining him on-stage. With Quirijn on trumpet and Tariq on sax, the live band has already conquered Coachella, Ultra Music Festival, Life Is Beautiful, Creamfields and Mysteryland, and with Jordi joining on guitar since ADE 2017, the quartet now makes for a live show unlike anything else in the world of electronic music.

Though grateful for the many opportunities he and the band have had playing the world’s most wonderful stages, Sam has developed the ultimate way to experience his cheerful music with the Heartfeldt pool parties. The obvious key ingredient being a swimming pool, the concept brings the summer vibes of Sam’s music to life with a line-up hand-picked by the master himself. After a first edition at ADE 2016 – it was freezing outside, but tropical inside the venue – and subsequent successes at Miami Music Week, Heartfeldt pool parties are now being rolled out all across the world.

Fans of Sam’s will readily recognize the Heartfeldt imprint from something more than the pool parties, however; it is also the name of Heartfeldt.me, the platform that Sam has built to connect with fans as directly as possible. Fed up with the algorithmic restrictions of regular social media, he decided to create a platform that would allow every one of his updates to reach every one of his fans. On Heartfeldt.me, Sam shares music, news and other

content; fans can also send Sam demos and unlock exclusive content. Last but not least, the website is home to Heartfeldt Radio, his home-made radio show that has been syndicated (aired on official radio stations) in over 40 countries.

Not just uplifting in his sound, Sam is always looking for ways to help out others. First of all, the technology behind Heartfeldt.me was designed as a modular platform from the ground up, so that it could also be used by other parties. Called Fangage, the system now serves around 40 artists and influencers around the globe.

The same philosophy will be applied to Sam’s latest extracurricular endeavor: his New Year’s vow to mitigate the climate impact of his DJ activities as much as possible. He is open to working with all interested parties in order to investigate the ways in which life – from everyday consumption of food and drink to flying and performing music – can be made sustainable. Sam has so far become an ambassador for Greenseat, which offsets the CO2 output of his flights with green initiatives, and traded in his tired old automobile for a brand new BMW plug-in hybrid. He has also banned disposable plastics from his rider. In the future, he will continue trying new things and mold his findings into a platform much like Fangage, so that other artists will be able to adopt the format easily. “The whole idea is to maximize the impact of what I’m doing,” Sam elaborates. “On my own, I’m just one guy trying to do my best for the environment. If I can get a number of other big-name DJs on board, we can start raising mass awareness with the public about emissions and other environmental issues. Then, we can really make a difference!”