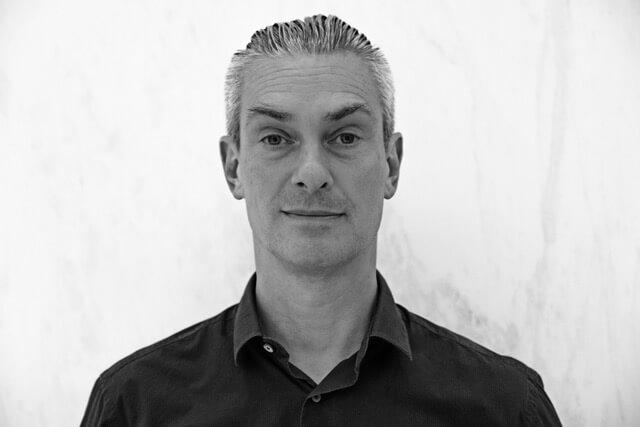 Patrick Moxey is not just a music executive; he’s a man behind a movement. The President and founder of Ultra Records, Ultra Music and Ultra International Music Publishing is by all accounts a visionary pioneer who has pushed past barriers to bring hip-hop and electronic dance music into the mainstream heart of America where it squarely sits in 2019.

Executive Producer of three GRAMMY Award-winning records, Moxey is now focused primarily on the electronic dance music scene, which is topping the dance and pop charts via tracks such as Steve Aoki’s’ collaboration with BTS “Waste It On Me,” Sofi Tukker’s “Best Friend,” Kygo’s “”It aint me”, MK’s “17” and others. Without Moxey and Ultra Music, the sound that has captured young U.S. music fans’ hearts and minds might never have happened.

Today, Ultra Music with offices in New York, Los Angeles and London, boasts 40 full time employees and affiliated operations in Canada, France, Germany, Sweden, Russia, Asia and Italy. However, the label started out small and was always (and remains) a personal obsession of one man who loved dance music before it was considered “cool” in cities and the suburbs alike. “Patrick Moxey is an enormously talented music executive,” said Global Head of Music for Youtube, Lyor Cohen.

What led Moxey to such proclamations from some of the music industry’s best-known names began in Chicago. London-born but raised in America, Moxey always had a worldly outlook, attending high school in Berlin. He first put his European musical sensibility to work in college at the University of Chicago where he DJed on the weekends to make money for school. Eventually he became the program director at the school’s radio station WHPK.

The mid 1980s in Chicago only whet Moxey’s appetite for something bigger outside of the windy city. New York was calling. “I started writing for a lot of magazines in New York,” he said, naming Paper Magazine and Details as two from Manhattan for which he began to freelance. “The music journalism thing was just fantastic, but I was struggling to pay the bills,” he continued.

Once Moxey moved to New York, he segued from music journalist to party promoter, eventually throwing a series of roving parties called the Milky Way that would land Moxey widespread acclaim, with some of the biggest names in music passing through. One of its first parties was an after show for the Beastie Boys’ 1987 tour.

“The magic of it was no matter who came to the door at our parties, I charged everybody $5 to get in…they’d say ‘don’t you know who I am?’ but everybody had to pay,” says Moxey. “We had JFK Jr. and Daryl Hannah coming through while The Jungle Brothers were spinning. We had De La Soul’s first performance…it was magic. You never knew who was going to walk through the front door.”

One such person who did walk through the door and gave Moxey his first proper music industry job was Lyor Cohen at Rush Artists. “It was Lyor who knew I had talent,” he said.

Soon, however, Moxey was hungry to strike out on his own. He set up his own management company, working with legendary hip-hop acts such as Gang Starr, as well as dance artists like Louie Vega (Masters at Work) and Moby. The heat Moxey was generating for his artists led to a call from the U.K.

“Pete Tong called me and asked ‘Wouldn’t you like to have a label running through Polygram in America and you run it?’” And so Payday Records was born in the early 1990s. There, the music executive signed rappers like Jeru the Damaja, UTD (featuring Mos Def), as well as the biggest name in the rap game, Jay-Z, to Payday/Polygram. From there, Moxey went on to Virgin, serving as the Senior VP of A&R for EMI’s Virgin Records America, where he signed successful acts such as N.E.R.D, Kelis and Beenie Man.

However Moxey’s heart was always in dance music, which in 1996 led him to start his own independent label Ultra Records.

“I was always told, even before I worked at Virgin that ‘Dance music will never sell’ and that’s how Ultra Records was born,” he said, noting that none of the labels he worked for would support putting out dance music CDs at the time. I went to Roger Sanchez and said ‘Make me a record….make me something great.’” The record Moxey got back from Sanchez was “Transatlantic Soul,” which spawned the classic “Release Your Self.”

From there, Ultra started to put out artist albums from burgeoning names such as Kaskade, as well as a series of top-selling compilation CDs. Ultra’s first big breakthrough came via DJs Sasha & Digweed. “We released six albums and sold 500,000 records….it was still underground but we had people driving up from Atlanta to hear them spin at [now closed Manhattan club] Twilo…we basically started a craze,” said the music executive.

By 2001, Moxey had both his management company Empire Artist Management and his label Ultra Records showing large signs of growth. Compilations such as Ultra Chill and Ultra Dance were hot at retail outlets like Tower Records as the decade turned, with digital compilations such as Ultra iTrance became among iTunes’ first ever dance offerings. Ultra was also building Armin van Buuren in the U.S., selling hundreds of thousands of CDs, while the artist remained underground and off the mainstream media radar.

Ultra did the first DJ mixes available on Apple Music Ultra iDance, Ultra iTrance, pushed for deadmau5 to perform on the Grammy Awards and secured David Guetta and Calvin Harris’ first Top 40 airplay. Over the past 10+ years, major sales milestones came fast and furious for Ultra as major media outlets and major labels sat on the sidelines as the EDM revolution quietly churned in American cities large and small.

Enur’s saxophone hook-laden “Calabria” sold over a million copies in America in 2008. “I Know You Want Me,” Ultra’s hit with Pitbull based on another sax hook (by Italy’s Nicola Fasano), went on to globally top the charts, hitting #1 in seven different countries, Top 10 in 21 countries, and selling over five million copies worldwide.

“We came in 7th in market share overall in terms of performance during the 2nd quarter of 2011, and the BMI song of the year award for Katy Perry ‘Fireworks’ in 2012.” In addition there have been dozens of BMI and Ascap Awards including James Arthur “Say You Won’t Let Go.”

Ultra’s operation now includes recording studios in LA, London, and Stockholm. Ultra Publishing recently partnered with BMI for 2019 Global Songwriter Camps in Stockholm, Coachella, Amsterdam, Palm Springs, and London. Moxey has further expanded his presence in electronic dance music by creating new partnerships. The label has an official YouTube channel, which is one of Google’s largest music channels worldwide with over 18 million subscribers and over 10 billion views. Ultra’s artists are working with Revlon, Guess Jeans, Bulova, and other luxury brands.

In 2019, expect Ultra Music to raise the stakes even higher, with several rising stars on board (Black Coffee, DVBBS, Betta Lemme) as well as multiple Grammy nominations across the publishing company and record company. This year also sees the relaunch of Payday Records with new releases with DJ Premier, A$AP Ferg, Casanova, Westside Gunn and others.

Patrick Moxey had the vision and determination to help build hip-hop into the mainstream in the early 1990’s and do the same with EDM in America from the fringe underground to become the premier music and lifestyle phenomenon that it is today. At the same time he will continue innovating into the future as the man who against all odds and despite the naysayers, was a key part of bringing dance music to the forefront in the U.S. where it belongs.