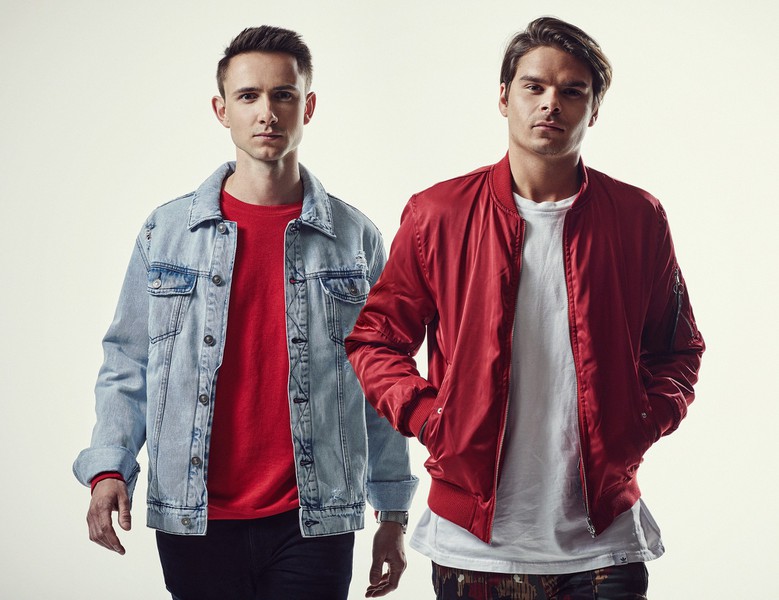 Captivating beats, catchy melodies and unstoppable energy - that's Lucas & Steve for you. Scoring one hit after another, the Dutch DJ duo has kept on evolving its music while pushing their immediately recognizable feel-good sound.

Breakthrough
Lucas & Steve joined forces in 2010 and this turned out to be a successful combination. They released multiple killer hits through various labels, after which their big breakthrough followed quickly in 2014 with the release of their remixes of Red Carpets ‘Alright’ and Ruffnecks classic track ‘Everybody Be Somebody’. The rising attention from the public and multiple successful collaborations with the worlds’ biggest DJ’s and record companies, led them into signing an exclusive deal with world famous label Spinnin’ Records and MusicAllStars Management. Various club hits followed, from ‘You And I Know’ up until the track ‘Make It Right’, with which they scored a golden record. And the very beginning of much more golden tracks to follow...

One hit after another
Not only did their club hits turned out to popular. In 2016 Lucas & Steve released one of the biggest tracks of the year ‘Summer On You’, together with Sam Feldt. This single got rewarded with a golden record and reached over 48 million streams on Spotify (and still counting). With this success in the pocket, the duo proved to be unstoppable. In 2017 they continued this streak and scored one hit after another, culminating with ‘Up Till Dawn (On The Move)’, thé track of the summer with which Lucas & Steve broke all records. The track raced up the charts and secured a spot on #2 for weeks in the famous Dutch Top 40, attracting more than 26 listeners on Spotify and the track went double platina in The Netherlands. Next to that, it was the most played single on the Dutch radio in July and August. In that same pace the boys continued by releasing the track ‘Keep Your Head Up’, which immediately raced up the charts. After the catchy ‘You Don’t Have To Like It’, they just dropped their latest track called ‘I Could Be Wrong’ together with the American R&B singer Brandy. And it’s already on its way to become the track of the summer of 2018!

Around the world
Lucas & Steve are not only known for the hits they score, but also for their infinite energy on stage. The duo played countless shows all over the globe, blowing away audiences everywhere they go. From EMF Music Festival (FR) to Sziget (HU), Creamfields (UK) to the The Flying Dutch (NL). The cherry on the cake being their debut on the mainstage of Tomorrowland (BE), the biggest dance festival of the world. The Dutchmen are also often welcomed artists in Asia, North- and South America, bringing the duo to the most well-known festivals all over the world. From the Asian three-day EDM-festival Sunburg in Goa to Sensation Jakarta, and their touring schedule only keeps on getting busier every season.

Award-winning duo
The big success of Lucas & Steve did not only gain attention from their fanbase but has also been recognized from the professionals of the music industry. The duo was nominated for an MTV EMA, won a Dutch BUMA Award and got rewarded with several golden and platinum records. In this line of success, it doesn’t come as a surprise that Lucas & Steve made their DJ Mag Top 100 debut at #64 in 2017.

More than hits
Alongside endless releases and a packed tour schedule, Lucas & Steve host their own weekly radio show: Skyline Sessions, broadcasting on Dutch national radio station 538 and streamed globally by their dedicated online fans. Their reach and support continue to grow with each episode, which is why the duo decided to host an event in the same spirit during Amsterdam Dance Event: Skyline Sessions. The first edition sold out in a heartbeat and by now it has grown into a successful recurring event. In 2018 they even expanded this concept with their first ever Skyline College: a production masterclass in which they provide their knowledge, skills and their own take on the ins and outs of making music.