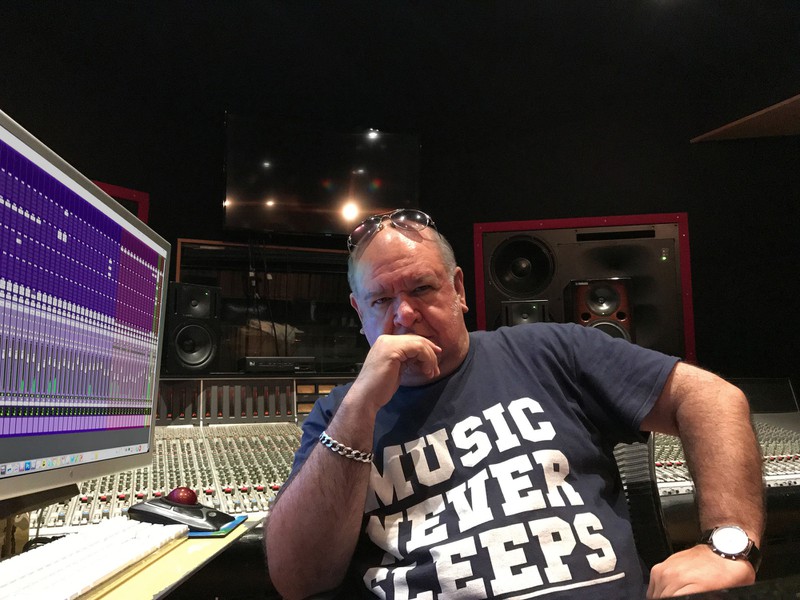 Lu Diaz is a Miami based multi-platinum, grammy award winning music producer, executive producer and mix engineer. Born in Santiago, Chile and living in Miami since his childhood. Lu Diaz began his music career as a drummer with a few local bands and quickly gravitated to the music business. He started his first record label at the age of eighteen and has never looked back. He is a big part of Miami’s music landscape. Lu and his brother Hugo Diaz better know as “The Diaz Brothers” are considered architects of the modern day Miami music movement.

After a few years of embarking on a career as an engineer, Lu Diaz became one of the most reputable recording & mix engineers in South Florida. Making Circle House Studios in North Miami his home base. Lu earned many credits for recording and mixing with the likes of The Baha-Men, P Diddy, 50 Cent, Juvenile, Beenie Man, Trick Daddy, Lil Jon, Beyoncé, Toni Braxton, Mary J Blige, Lauryn Hill and the list goes on. As a result, Lu and his brother “The Diaz Brothers” scored remix jobs for several major artists, namely The Rolling Stones and later Wyclef Jean. In the span of five or so years Lu Diaz was awarded with many platinum and gold awards and was credited with two grammy awards for his work on The Bahamen’s “Who Let The Dogs Out” and Beenie Man’s “Art and Life” album.

Lu decided as a proud South Floridian that it was time for a Latino artist to represent Miami in the national hip-hop scene. Feeling like the Latin youth of Miami did not have a voice, Lu and his brother started their search for a right candidate. Keeping his eyes peeled for someone who’d fit the bill, Lu met a very charismatic young man during a mixing session for Luther Campbell (Uncle Luke of the 2 Live Crew). Thinking the young man was an intern at the studio, it led to an involved conversation with the young man, who pointed out that the track Lu was mixing was his. Shocked not only at the quality of the rapper, but the charisma of the young man he was speaking with, Lu quickly realized this was the artist he’d been looking for. Lu extended the offer that if the rapper was ever freed from his contract at Luke Records, he should give The Diaz Brothers a call. Surprisingly, a few months later he did, that young man’s name is Pitbull and as they say “The Rest Is History”. Their unification sky-rocketed both the rapper and the production duo to worldwide fame. Lu and his brother served as Executive Producers and Music Producers for Pitbull’s debut album titled M.I.A.M.I. (Money is a major issue) which was released on their label Diaz Brothers Music Group / TVT Records. The M.I.A.M.I. album went on to sell more than 700,000 copies and Pitbull was awarded his first Gold Album Award. Lu and Hugo went on to serve as executive producer’s for the next three consecutive albums.  Lu continues mixing and producing and is credited with over fifty gold and platinum awards to date.