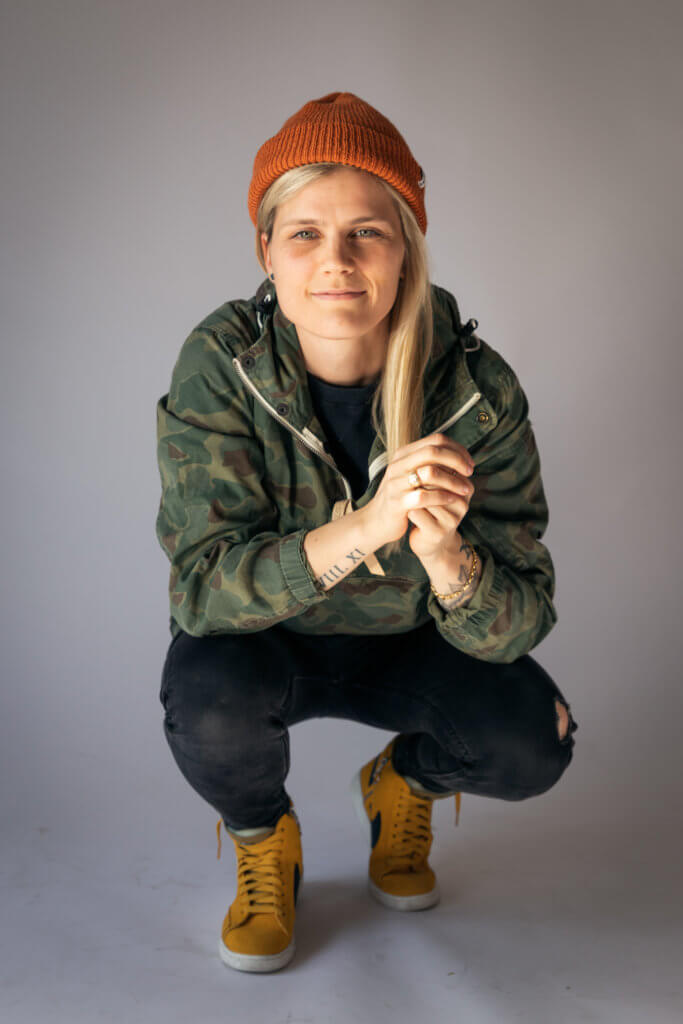 Jamie Sitter, a.k.a. “J. Worra” is a rising force in the underground scene, best known for her creativity as a producer and skills behind the decks. She lends these unique skills to every area of her life spanning music, fashion, and art.

Most recently hailed as DJ Mag’s 2019 Breakthrough Music Producer of the Year, her most recent tracks include “I Feel It” [Farris Wheel] and a remix for Gryffin and Gorgon City’s “Baggage (with AlunaGeorge).”

Emanating from Chicago has had an eminent impact on J.Worra’s music trajectory. Having caught the music bug at a young age, she begged her parents to buy her music lessons, but to no avail. Without giving up hope, she bought an electric piano and an old acoustic guitar found at a garage sale to start. Eventually, her curiosity led her to electronic music in 2010 when she bought production software, self-teaching with Google and YouTube as the occasional mentors. Jamie’s passion, with a mixture of strong work ethic, helped her develop a baseline of knowledge and skills.

In the last two years, Jamie has been climbing the ranks and gaining recognition from notable industry trades such as Insomniac, DJ Mag and Mixmag. These skills have secured releases on various labels like Insomniac’s In/Rotation, Dirtybird, Sweat It Out, Perfect Driver, Mau5trap (official remix for Deadmau5), an official remix for Kaskade’s anthemic ‘Tight’ ft. Madge, and has upcoming releases planned with Thrive Records, a subsidiary of Capitol Records. Currently, Jamie is working on unreleased music and preparing for an album in 2020.

Recently, she has launched her own record label imprint called Arrow Recordings (Worra spelled backward) as an outlet to showcase her productions and collaborations with artists that push boundaries. While the label is not currently taking submissions, eventually they will unearth artists the world will want to hear. Fans can also expect unique, fashion-forward designs from the Arrow Clothing line.

As Jamie’s meteoric rise continues to unfold, she’ll be remembered as someone who pushed boundaries and makes a positive impact on the world.