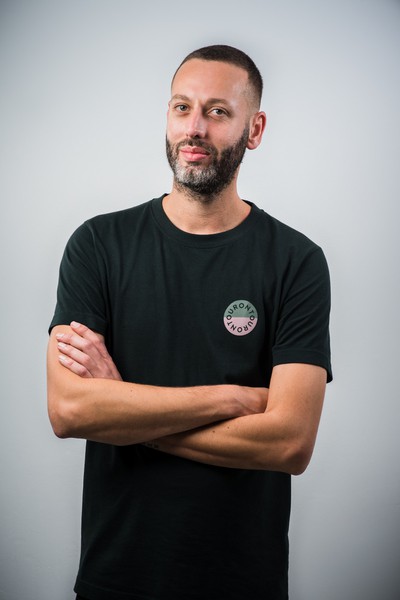 Georges Kool (MD, Mixmash Records) started his initial forays into the music industry working for Mid-Town Records and traveling the world as DJ himself. Having a nag for music production, in his early 20’s Georges graduated as a studio engineer/producer and released music under several monikers.

Shortly after starting his own record label Chega (back in 2004), Georges got hired by ChopChop Records where he managed labels such as Yousef’s “Carioca”, Rene Amesz’ “25Hertz”, Tom de Neef’s “Jack Squad” and Laidback Luke’s Mixmash Records. At Mixmash Records, Georges found his place and he started working more intensively on the brand’s strategy, signing of exclusive artists and the music direction Mixmash should take.

Under his supervision he and his team were responsible for the discovery and first time releases of artists such as; Deorro, Blasterjaxx, D.O.D, Mark Villa and Keanu Silva.

With a collective and impressive 17 years of experience in all fields (A&R,, Artist Development, Label Management and more) and 10 of these years devoted to leading Mixmash Records, Georges has built a name for himself as an honest yet pioneering Director with impeccable vision and know-how of the industry.

Ever since Mixmash Records saw light in 2004 they have been spreading their musical influence to every corner of the globe. Rocking venues and festivals from China to the US and India to The Netherlands, they see no boundaries or borders.

Under the creative vision of their founding father Laidback Luke, they drop cutting edge music made by the heavyweights of today and tomorrow. While in the process of signing and guiding new talent, they are not afraid to ‘be the first’ and take a leap of faith - even if this means working harder than the rest.