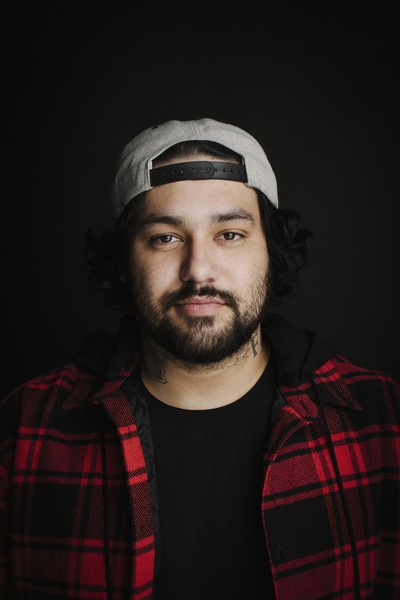 For more than a decade, legendary Mexican-American producer Deorro has worked to build a music empire while carving a unique sonic space for himself -- somewhere in between bouncy electro beats, and his heritage-inspired Latin melodies. Deorro’s undeniable ear for electronic hits and his loyal fan base also known as “Panda Fam” have been the catalyst to the producer’s domination, landing him leading performances at major festivals including Ultra Music Festival, Coachella, Beyond Wonderland, Electric Daisy Carnival ​Lollapalooza Chile, Argentina, Brazil, and many more​. Deorro also holds a highly regarded Las Vegas residency at Marquee Nightclub and Dayclub at the Cosmopolitan.
Deorro continues to flourish and evolve within the electronic music scene with his newest release “Wild Like The Wild” (out now on Ultra Music). “Wild Like The Wind” signifies a shift in the producer’s style and aesthetic, more of which will be revealed as we move further into 2019. The year will be home to new sound and style endeavours for the producer and fans are really in for a treat.
Always putting his production skills to the test, Deorro has become one of the most prolific artists in dance music by constantly exploring multiple genres to incorporate into electronic music. His perfect blend between latin, pop, and electronic have benefitted Deorro’s ability to own his unique style in dance music like no other artist.
In addition to ‘Wild Like The Wind,” Deorro’s other recent works include the latin infused smash “Munequita Linda” and the high energy progressive track “Bring It Back”. Earlier in his career, Deorro teamed up with Chris Brown their energetic pop-crossover banger “Five More Hours”. Later that year, Deorro treated fans to his debut full length album, a 26 track masterpiece titled “Good Evening.” From start to finish, the album is culmination of uncountable genres and influences ranging from progressive house, to funky bass, to future and even harder dubstep.
On the international level, Deorro has previously collaborated with Grammy Award-winning/ Latin Grammy Award-winning merengue star Elvis Crespo and latin legend Pitbull. Released in April 2016, their collaborative track “Bailar” reached over 128 million Spotify streams; more than 51 million YouTube views of the official music video; over 13 global certifications, including platinum statues in multiple european parts of the world. Deorro’s other notable releases were on esteemed labels including Ultra Music, Hardwell’s Revealed Recordings, Monstercat, and Steve Aoki’s imprint Dim Mak.
Deorro is constantly keeping his eyes and ears to the ground for ways to innovate within the dance music space. Stay tuned for what surprises come next from Deorro this upcoming year.